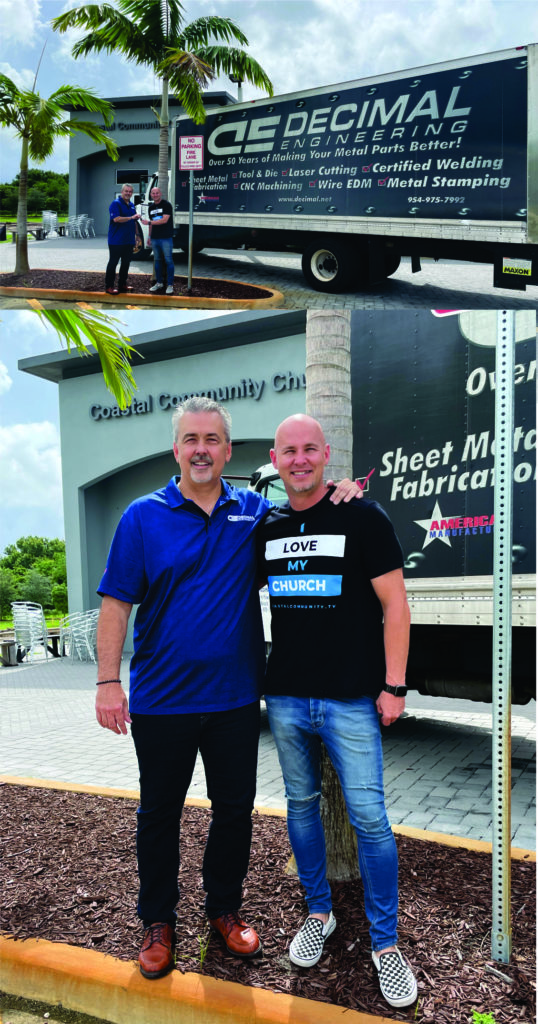 All good things come to an end but not this time. Decimal’s Box truck has been cruising the South Florida highways dropping off and picking up parts for over 15 years. The old Box Truck was replaced this year with the New Decimal Box Truck and decommissioned from the fleet. President and CEO Alan Garey decided not to sell it but since it served Decimal Engineering so well he decided to donate the old Decimal Box Truck to Coastal Community Church in Parkland so now it can serve God!! Pictured is Alan Garey handing the keys to Pastor TJ McCormick!!!